The Dynamics of Betrayal 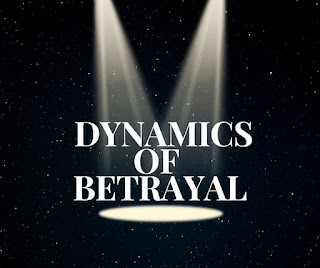 Examined in a less positive light, the absence of the dispositions for strengthening trustworthiness discussed in the previous post, are what we might call the dynamics of betrayal. Psychologists Gottman and Silver have called this the “cheaters cascade.”[ii]

Gottman points out that research has shown the vast majority of affairs come about not from simple lack of disciple, or a failure of moral character, resulting from lust, but from a failure to meet our partner’s emotional needs.[iii] It is primarily a failure of emotional attunement and trust.

The first step in the cascade might be the couple’s failure to confide in each other, which leads to keeping secrets. Then if the couple goes through a difficult time and one partner fails to see that their spouse is reaching out for support, this may result in disappointment and loneliness.

Perhaps there are some disagreements, but they are unresolved, leaving each one hurt and feeling ignored and their emotions dismissed. This emotional lack of attunement with the spouse, then leads to the next step.

One of the unhappy partners reaches out and begins to unburden their heart to a new person outside the relationship. Instead of maintaining transparency, accountability, and alliance with their spouse, they form a new secret alliance with another person and build a wall around this relationship. Not only are they receiving emotional support for this person, they are protecting this new relationship to keep it safe from their spouse.

This is a tipping point in the relationship. This new coalition with someone other than your partner causes you to shift your perspective and you begin to have very negative thoughts about your spouse. Psychologists call this negative sentiment override. The truth is we can choose to see the very same person in a positive light giving them the benefit of the doubt or we can focus on the negative. If this continues, you begin to trash and denigrate your spouse. All the positive thoughts and dreams you had together become clouded.

This leads the potential “cheater” to view their partner as untrustworthy. More secrets create coldness and distance. Even though the “cheater” is responsible for the distance in the relationship, they blame and label their spouse as the one responsible. The disloyal partner blames the other partner for their feelings of vulnerability and loneliness.

In this state, the potential “cheater” is primed to think that they would be better off with someone else. If the disloyal partner has reached out to another person who is a potential romantic partner, then he or she has ignited the fire of betrayal.  They have crossed the line.

They will likely claim that their partner has “changed,” that they have “grown apart,” and that they are “no longer compatible.” They have allowed themselves to slide into what psychologists call negative comparison of their partner.

In a healthy state of commitment, spouses derogate alternatives to the existing relationship.  Gottman and Silver note that the research of Caryl Rusbult, conducted over three decades, showed that “commitment is a gradual process in which the partners come to compare the relationship favorably to others with increasing frequency.”[iv]

Once they have slipped into a continuous state of negative comparison, however, betrayal is very possible. They experience a kind of buyer’s remorse and think to themselves, “I could do better than this.” They experience increasing emotional disconnection, and begin to focus on “what ifs.” These toxic negative comparisons, combined with patterns of turning away from their partner and not acknowledging their feelings creates a negative spiral into unhappiness.

I wanted to take a minute to reflect on our faith in relation to the book we are reading. Dr. Gottman’s book, The Seven Principles for Making Marriage Work is not about our faith, but the psychology of good relationships.While not directly about the faith, there is nothing in the book which I believe conflicts with our faith, and the author John Gottman is a practicing Jew from an Orthodox Jewish background. Since Gottman’s book is a work of psychology, someone might wonder how psychology in general relates to our faith. In fact there are two ways of knowing things, faith and reason. Catholic tradition has always seen these as complementary ways of knowing truth.  In the Old Testament, the main Hebrew word for ‘truth’ is emeth . This word has the basic meaning of fitness, and trustworthiness. From this emeth takes on the meaning of “that which is opposed to falsity and falsehood.” (Ramsdell, 264) In a similar manner the Greek word for truth found in the New Testament, alētheia mean
Read more